The emergence and formation of the Tanakh

Judaism arose at the turn of the II-I millennium BC. among the Jewish tribes. The term Judaism (Hebrew יהדות – yahadut) comes from the name of the Jewish tribal association of Judah, which, according to the biblical story, was considered the most numerous among all 12 tribes of Israel.

BC. reached its highest power. This circumstance determined the privileged position of the Jewish family in the ancient Hebrew state, as well as the fact that the term Jew began to be often used as equivalent to the word Jew.

Being a product of the religious traditions of the ancient civilizations of the Middle East – Mesopotamia, Egypt and Canaan, Judaism, while defending its originality and originality for centuries, has never been isolated from external influences.

The constant need for adaptation in the process of historical development, accompanied by the abolition or modernization of certain doctrines of Judaism, gave rise to numerous conflicting interpretations in assessing its basic principles.

Thus, the theosophical school of Rabbi Simlai (3rd century) believed that Judaism had 613 dogmas. In the Middle Ages, the teachings of the Egyptian rabbi Moses Maimonides (1135/38–1204), who developed the thirteen principles of faith, were extremely popular.

Along with this, there were philosophical currents that asserted that in Judaism there is no dogma at all, except for the position of the existence of a single God.

Even at an early stage of its formation, Judaism stepped over the boundaries of the spiritual sphere and actively invaded socio-political practice. Even then, its structure took on a fairly branched character and included at least seven main elements:

The appearance of the Messiah (the messenger or anointed of God) is associated in Judaism with the coming of the Kingdom of God and the perception by all other peoples of the truth of the one God and His universal laws, recorded in the Torah. 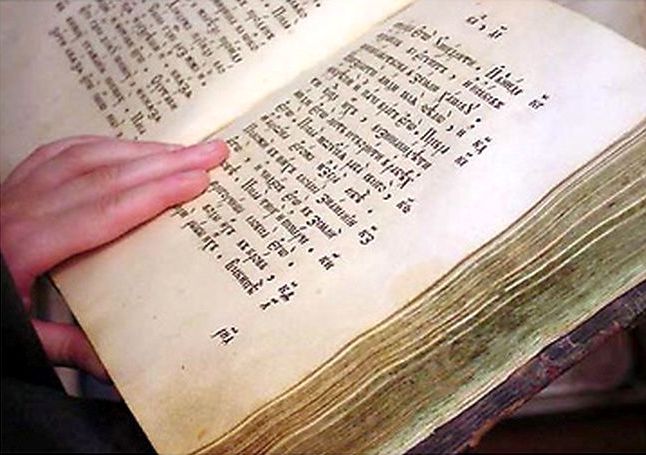 Holy Scripture – Sfarim – is also known in the Hebrew abbreviation as the Tanakh .

It includes the Torah (Teaching), or the Pentateuch, the authorship of which is attributed by tradition to the prophet Moses;

The oldest part of the Tanakh dates back to the 10th century. BC. The work of compiling a canonized version of the Holy Scriptures was completed in the 3rd-2nd centuries. BC.

The central doctrine of Judaism is the belief in one God

Who is immortal, omnipresent, eternal, omnipotent and limitless. One of the main names of God in Judaism is Yahweh (Jehovah). This name is forbidden to pronounce even in prayer.

In the Tanakhs, it is replaced by a number of others: ha-Shem (Name), Adonai (my God), Shaddai (Almighty). In total, there are about 70 names of God in Judaism, and the most common in the Tanakh is Elohim (literally, Gods), which confirms the existence of polytheism among Jews in the pre-monotheistic era.

Judaism preaches the adequacy of the human mind to the image of God, the consequence of which is the belief in the immortality of the human soul.

In accordance with the norms of Judaism, the believer maintains contact with God through prayer, God’s will is revealed through the Torah.

Judaism condemned and opposed the assimilation of the Jews, remaining the worldview of those who associated themselves with the people of Israel. Back in 444 BC.

The Jewish clergy insisted on the adoption of a mandatory law that forbade Jews to enter into kinship with representatives of other peoples.

Even then, this law led to the separation of the Jews from the Samaritans – this is how the adherents of Judaism, who were not taken into the Babylonian captivity (586-538 BC), began to be called.

Orthodox rabbis still do not recognize the legality of the marriage of Jews with non-Jews.

Approximately in the second half of the II millennium BC. along with the process of decomposition of the tribal system in part of the West Semitic tribes of the Amorite group, the cosmogonic mythology, widespread among the peoples of the Ancient East, is being replaced by the idea of ​​the creation of the world by a single Creator.

Perhaps not mythical, but quite real biblical patriarchs (ancestors of the Jewish people) Abraham, Isaac and Jacob began to fight against polytheism, and by the time the Jewish tribes invaded Canaan and the first state institutions appeared in them (XII century BC. ) the ratio between mythologized paganism and the new monotheistic faith clearly leans in favor of the latter.

In accordance with the biblical tradition, the founder of the Jewish people, as well as a number of other Semitic peoples (for example, the Arabs) was Abraham, a descendant of Ever, the grandson of Shem (Sim), the first son of Noah.

The family of the latter, according to the biblical tradition, was the only human community that survived after the Flood. Abraham from Ur of the Chaldees, together with his family, makes an unusual and long journey from the southern Mesopotamia to Canaan.

On the way to Canaan in Haran (Northern Mesopotamia), Abraham enters into a Covenant with God in exchange for the promise of the Almighty to give him Canaan and provide for numerous offspring (possibly, the 20th century BC).

Then God informed Abraham that his descendants would be slaves “in a land not their own” for 400 years. This prediction was fulfilled during the stay of the tribes of Israel in Egypt (perhaps XIII century BC), after which the chosen one of God, Moses, leads Bnei Israel (Hebrew – the sons of Israel) from Egyptian slavery and, after forty years of wandering in the Sinai desert, again brings them to Canaan.

Like Patriarch Abraham, the prophet Moses confirms the Covenant with God, which finds its expression in the Ten Testament Commandments and the legislative provisions of the Torah, granted, according to the Tanakh, to Moses on Mount Sinai.

The Ten Commandments obliged the Jews to observe very simple and intelligible legal and moral and ethical norms (may you have no other gods before Me, do not kill, do not steal, do not commit adultery, honor your father and mother, etc.)